Since Ubuntu became the most popular Linux distribution, it’s better to use it than using other distributions. Unlike Kali Linux, Ubuntu doesn’t have built-in brute-force attack tools for ethical hacking, such as performing penetration tests.

So it would help if you had a guide about installing them in Ubuntu, and Hydra is one of the best options to choose from.

This guide will go with you step by step until you install Hydra successfully on Ubuntu. Hydra is used as a login cracking tool worldwide because of its efficiency and ease of use. It comes installed by default on Kali Linux, but you have come to the right place if you want to use it in Ubuntu. You can install Hydra manually or through the repository.

Hydra is widely wanted because it has many features such as:

If you like to know more about the Hydra project, you can visit the official website. This article will show you how to install Hydra on any version of Ubuntu.

There are no special perquisites except for non-root users with Sudo privileges.

To install Hydra and quickly in Ubuntu to begin the pentest, open the terminal and execute these commands to update your system firstly:

If you encounter the “apt-get command not found”, make sure to check this guide to solve it.

You can use the flag -y to confirm “yes” automatically.

You can also install Hydra from the source repository but may it will not be the last version, by this command:

To install it from source with the newest version, execute this command to clone the repository from GitHub on your system:

Go to the cloned folder directory and configure it:

You will have some instructions in the terminal with the message "make", just follow them, and use sudo make install command. 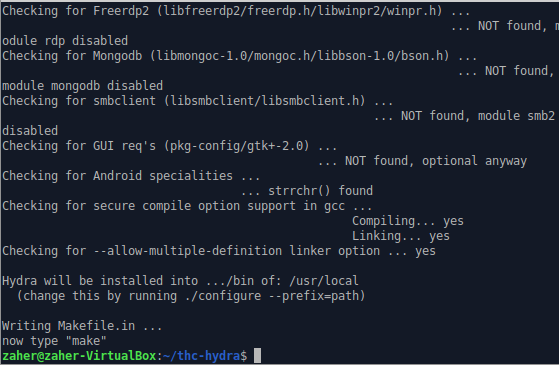 Return to your home directory and execute this command to make sure you have installed Hydra successfully:

For installing more additional complimenting libraries for optional modules and functions such as the apple filling protocol, use this command:

If you have error messages about some of them, it is perhaps not available for Ubuntu. Retry with executing the command excluding them. You can download and install those excluded manually.

When you want to uninstall Hydra from Ubuntu, execute these commands: 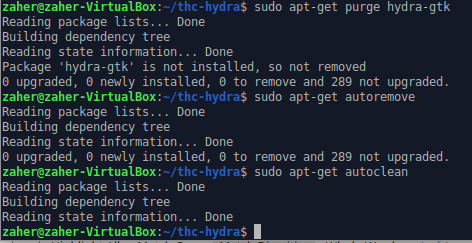 In this tutorial, you have learned how to install and uninstall Hydra, the famous force brute tool, on Ubuntu 20.04.

Learn also: How to Crack Zip Files in Linux